Twisted Nematic (TN) consist of liquid crystal material sandwiched between two polarising plates which are attached to the outside of two glass plates, one upper and one lower. These polarisers have their planes orientated at right angles (90°) to each other. When the light passes through the first polariser, the liquid crystal twists the light at 90° before reaching the the second polariser, allowing no light to pass through.

Response times of the TN based liquid crystal is far too slow to support fast animations or full-frame-rate video. TN Displays are very low cost, low power displays which can have certain viewing angle limitations, depending on multiplex rates. These limitations can be overcome with an or STN display.

Principles of a TN display 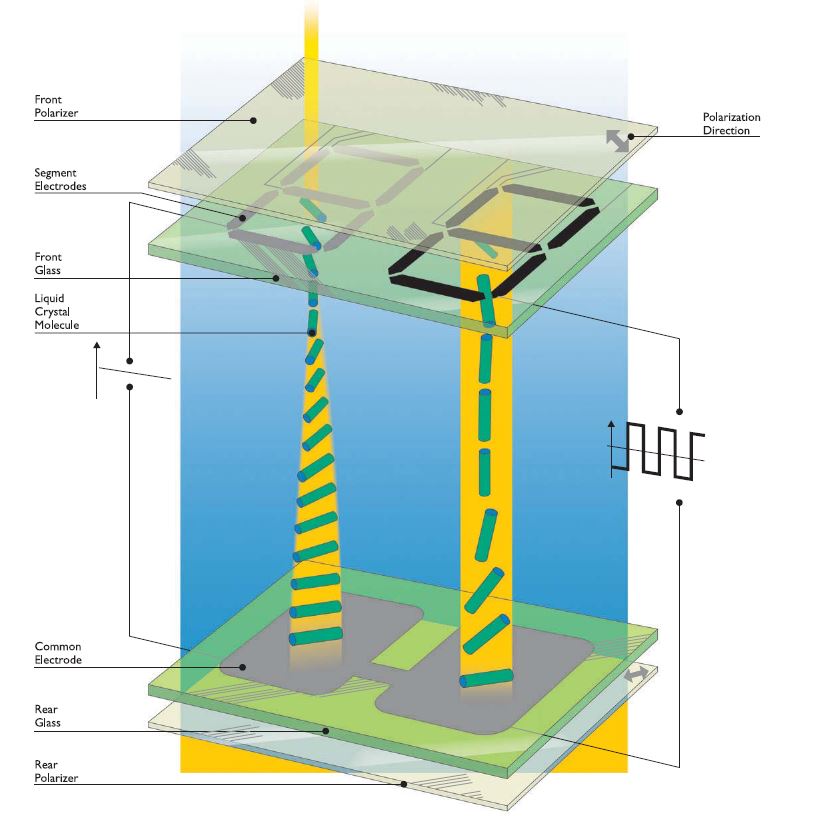